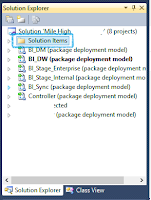 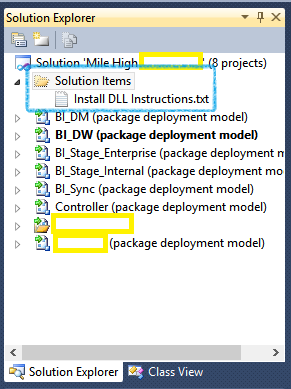 * For those who don't know, SSDT is just a shell of Visual Studio. Ergo, this information also applies to the full product.
** Which is weird because I spend 30 hours a week in SSDT.
*** It's not hard. I live in Denver and it was raining that day.
**** I try to only post about things that don't already have a good presence in the Internet Mindshare.
Posted by Keith Alexander W. at 9:33 AM